Whether performing at a coffeehouse, college concert or an outdoor festival, 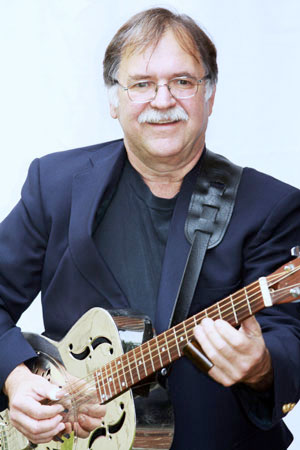 Jim's music has never failed to capture the hearts and feet of his audience. His uptempo guitar style, mix of catchy originals and masterful interpretations of contemporary music leaves his audience feeling fully satisfied.

As a member of the Seacoast Guitar Society, Jim was a featured artist in their first fingerstyle compilation CD titled "Seacoast Guitarist Vol. 1". Ron Siverstein of 20th Century Guitar Magazine writes "A gifted acoustic guitarist, Jim Gallant's fretboard is both rhythmic and tuneful."

Most recently, his song The Don, about the 1941 maritime tragedy which took place off the coast of Maine and claimed the lives of 34 people, mostly from the towns of Rumford and Mexico, Maine, was used as a theme song in the MPBN televised doumentary Gone: The Myster of the Don".

He recently finished up his 4th CD, Old Hat with a New Coat, a colection of down-home Americana songs. Cyrus Rhodes of The Muse's Music says of his latest CD, "From start to finish, Old Hat with a New Coat by Jim Gallant is one impressive catelog of music. The music is consistant, uplifting, and extremely entertaining. Note for note, song for song, there isn't really a weak piece on this entire catelog. The lyrics are catchy, and the melodies are well-crafted and hooky. Last but not least, the song writing and vocal presence, from front Jim Gallant is world class."

Jim performs throughout New England as a solo or with his band. He has shared the stage with Doc Watson, New Grass Revival, Taj Mahal, and Livingston Taylor.

Promote your event with a poster of Jim.